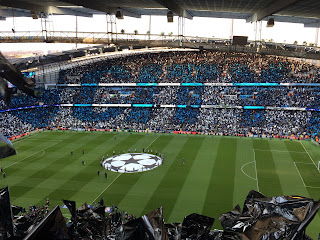 For the first time ever, I think, since I started playing in the League, I wasn’t actually present on Tuesday night.

I spent the evening some 25 miles north of the Weaver at the above location where the Champions League semi-final first leg between Manchester City and Real Madrid took place. It’s a good job I’m not a betting man as I’d have lost a fortune this season, including on Tuesday where the only score I wouldn’t have predicted for the game was 0-0!

As a fourth-generation City supporter (my children are now fifth…) I had to go on Tuesday, having never been to such an occasion before – it may never happen again! My Grandparents would never have believed it…

My thanks to John, Graham and Marshall for sorting out the evening in my absence and special thanks to Haydn Thompson and Alice Walker, not only for helping me assemble the Cup Final questions but for asking the questions as well.

It has been a difficult few weeks for the League during which we have lost two of our most long-standing and successful players, Rick Davis and Alan Levitt.

Rick has played for many years and Alan has been involved since pretty much the start of the League back in the early 1980s. Some details of Rick and Alan’s achievements from just the last 15 years of data that I have to hand was pulled together by Matt Rogers as part of his excellent work which was handed out on the night too – many thanks to Matt for all his efforts and the below details…

Given how long the League has been going, it is of course inevitable that we have lost many good friends over the years, all remembered fondly by those of us who knew them, but the loss of Rick and Alan has hit us all hard due to the suddenness of their passing and their comparatively young ages.

I know that words were said and a toast was made to both of them on Tuesday, and rightly so. Wherever they are now, they will always be remembered and none of us can ask for much more than that.

The Cup Final was a closely fought contest with the Dolphin triumphing against the Church House Bollington by 108 – 98. Well done to all concerned.

The C League Individual title went to Graham Wallace of the Park Taverners, the first Individual win in any League for Graham.

In the B League the Church House Bollington emerged triumphant at the top of the tree, indeed they’d more or less won not long after Christmas! A suitable tribute to Rick indeed. The Wharfies finished second, thus both teams will play in the A League next time around.

Dave Partington bagged the B League Individual title, his first Individual win in any League and very well deserved.

The Ox-fford ‘C’ were crowned A League Champions for the fourth time in an incredibly competitive League this year – well done to them.

The Royal Oak won the Cars and Vans 4U Ltd Question Setters Trophy for their General Knowledge questions from Week 8, giving them their first win of this trophy. Thanks as ever to Allan Sherratt for his support.

Thanks also to Olympus Trophies and Sam Baker for all his efforts in providing the trophies – very much appreciated as always.

The final trophy of this year will be settled at the start of next season as usual.

The Plate Final will be: -

This game will be played at the AGM before the start of next season, sometime in September-ish, date and place to be confirmed ASAP.

The Pack Horse Bowling Club and the Sutton Mutton will assemble questions for this game from those not used for the Cup Final.

And there it is. I’ll try and get the date sorted for the AGM / Plate Final and some dates fixed for next season as soon as possible, so I’ll be in touch. See you all soon… 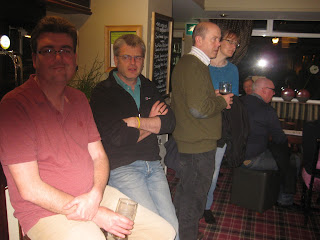 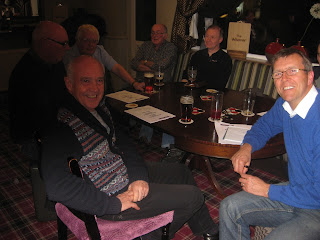 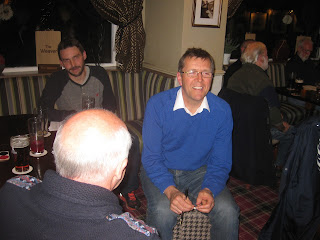 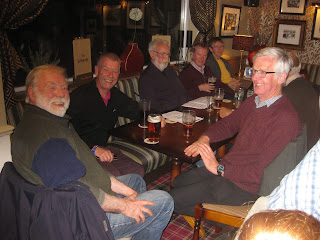 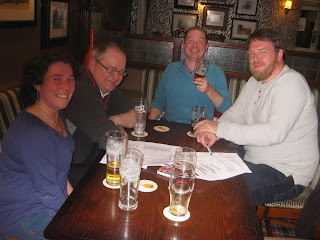 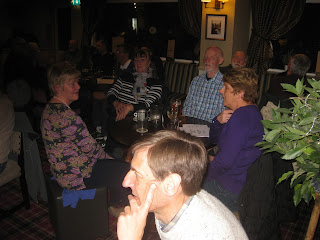 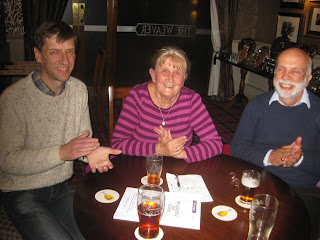 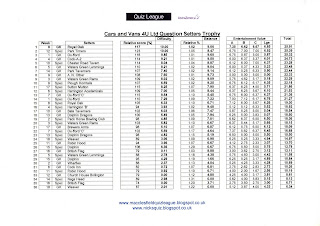 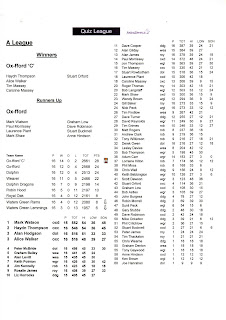 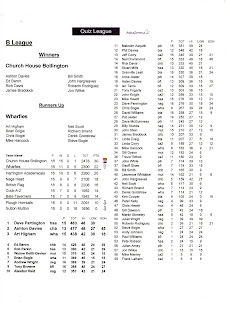 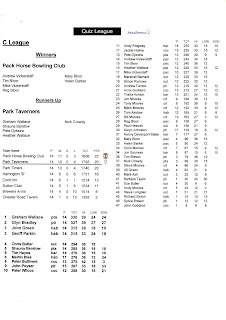 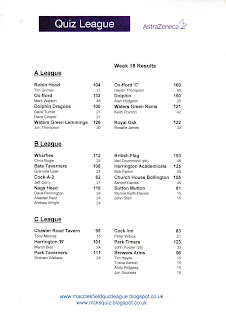 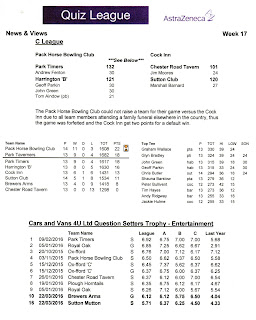 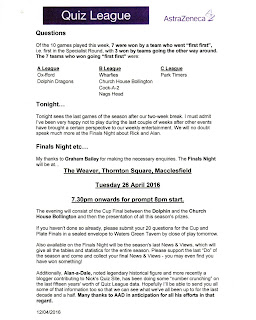 I can now confirm that Alan’s funeral will be a week on Wednesday, the day after the final games of the season.


The funeral will be at 3.20pm on Wednesday 13 April at Macclesfield Crematorium.


There will also be a reception afterwards at the Flowerpot Pub on Congleton Road, Macclesfield, a favourite venue of Alan’s and the home of his Monday Night Quizzes for many years. Obviously all are welcome at the funeral and afterwards.


There were a lot of familiar Quiz League faces at Rick Davis’s funeral last week; I’m sure the same will happen next week.


I’ve been asked to try and gauge how many people may attend the Flowerpot, purely to give the pub an idea of what to expect for catering purposes.

If you are planning to attend at the Flowerpot afterwards, can you let me know please so I can pass on numbers to those folks doing the organising?
Posted by MW at 23:50 No comments: