I’m sorry to be passing on yet more dreadful news this week.


I’ve been informed that Alan Levitt has died suddenly and unexpectedly.


Alan was found at his home yesterday having passed away. His family have now been informed, thus I have permission to pass this message on to you all.


Alan has played in the League for as long as anyone can remember – certainly for many years more than I have – latterly for the Weaver, of course, but he was playing for a legendary Nags Head team when I first met him in the 1990s.


I’ve no more information currently but I’m sure all our sympathies go to Alan’s family and friends at this awful time.


Once I have any more details I can share with you, I will of course do so.
Posted by MW at 13:45 No comments:

Following on from my last message, I’ve been informed that Rick’s funeral will be at Macclesfield Crematorium next Thursday 31 March 2016 at 9.20am.


There will then be a reception afterwards at Broken Cross Social Club where breakfast-style refreshments will be served because of the time of day and people having had to set off early, no doubt.
Posted by MW at 09:53 No comments:

I have some dreadfully sad news to pass on to you which some of you will have seen already from my email of earlier this evening.


One of the League’s most well-known characters, Rick Davis, sadly passed away at 4.15pm today. Rick was in Macclesfield Hospital and passed away peacefully, I understand.


Rick was a regular member of the Church House Bollington team for many years and indeed has played for several other teams too. He will be sorely missed and our immediate sympathies go to Rick’s family and all his friends, both in this circle and beyond.


Rick’s very last game was the Cup semi-final against my team, the Ox-fford, on 16 February this year. It was a great game in which Rick was pivotal (as always) in ensuring the Church House beat us by one point to get to the final. I can’t believe that I won’t be seeing Rick again or that he won’t be there in the Cup Final.


Once I have more details I can pass on, including details of the funeral, I will of course forward them too, but Rick’s family wanted all his friends to be aware of what has happened as soon as possible.
Posted by MW at 23:53 No comments: 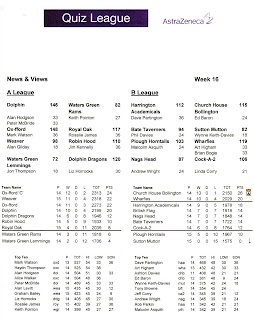 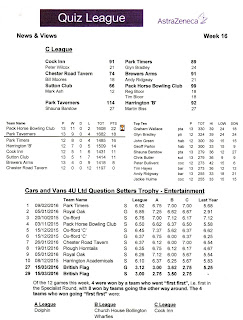 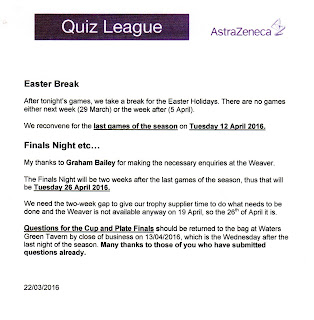 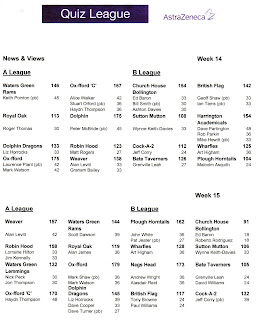 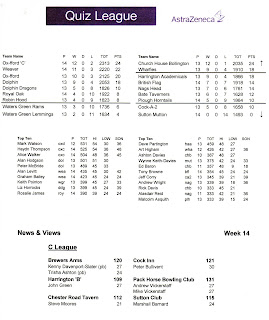 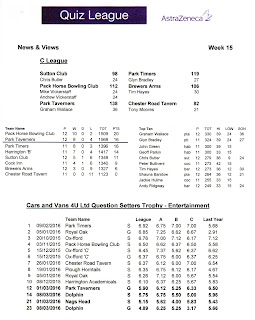 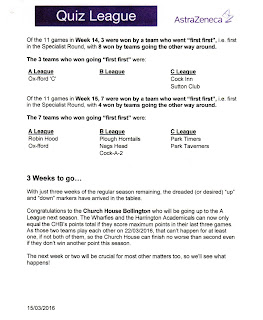