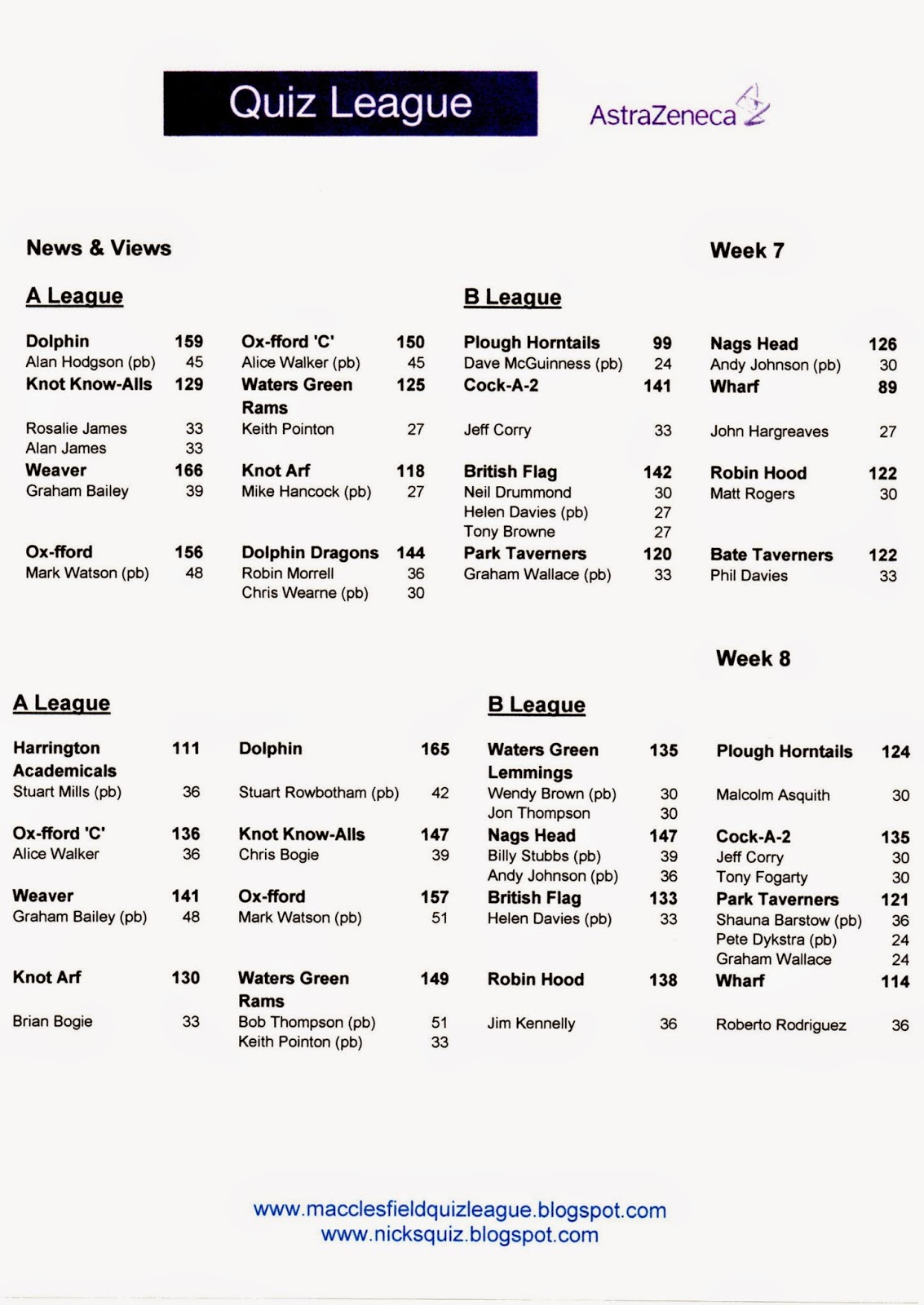 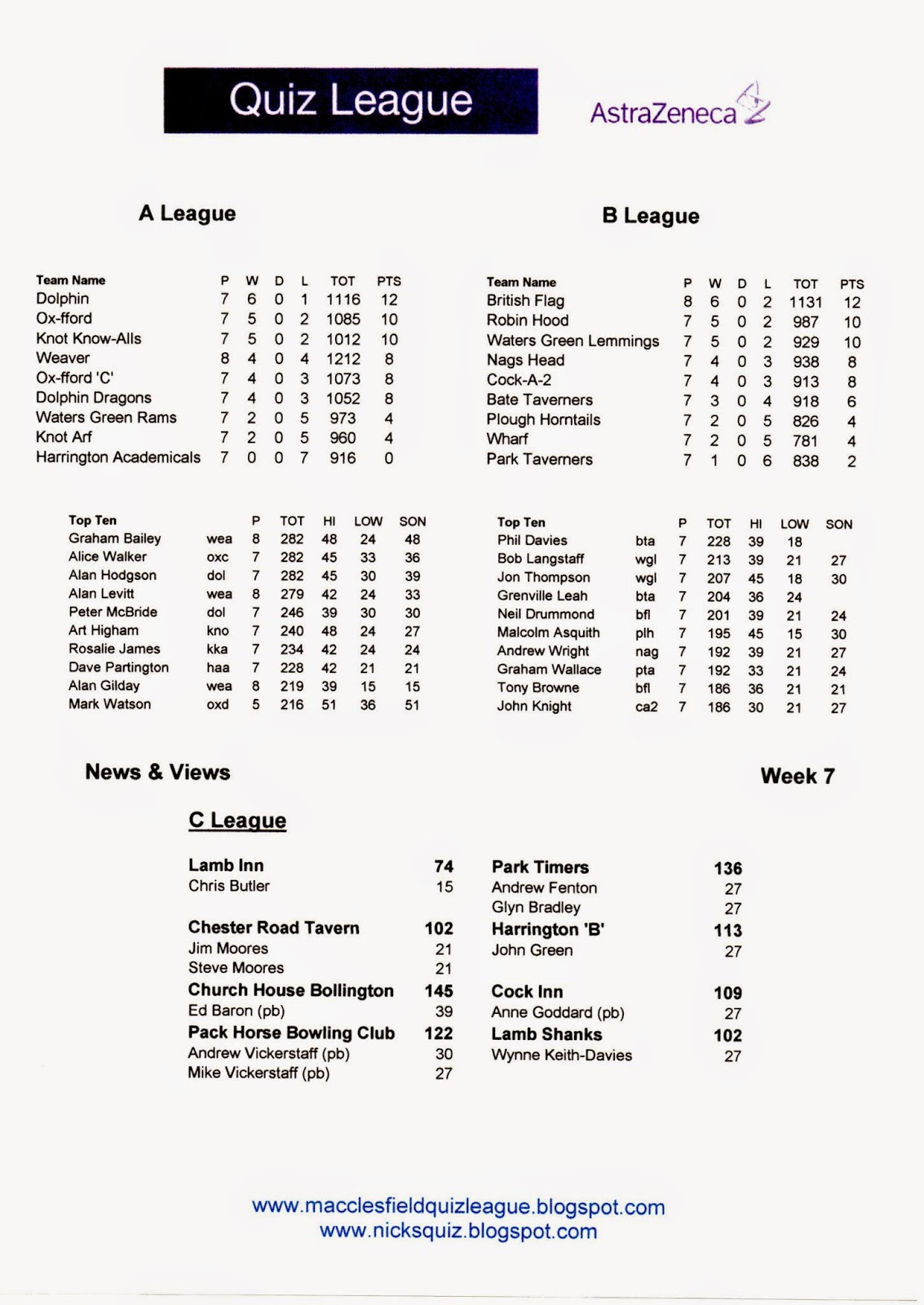 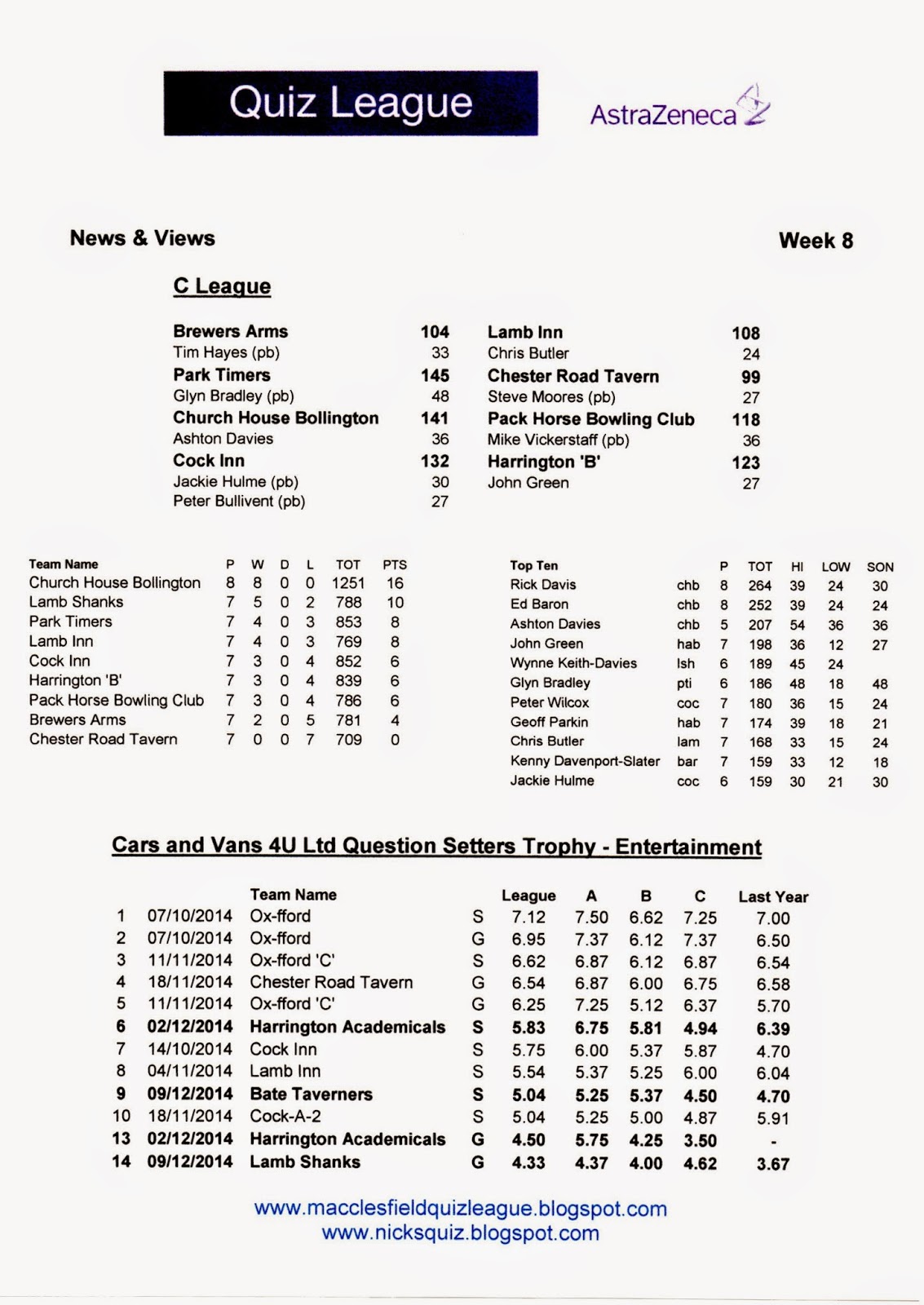 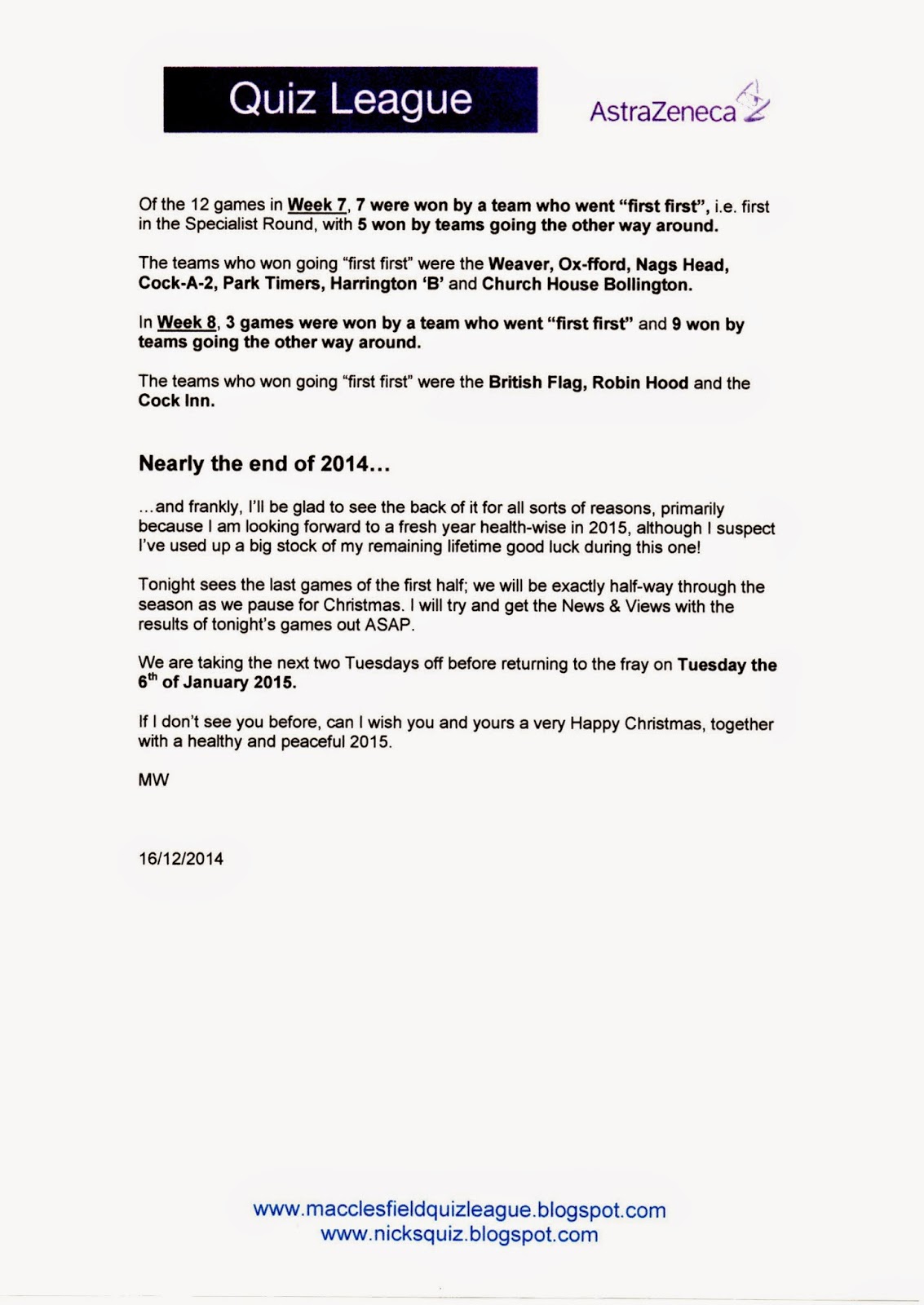 
All the latest results are now on the blog as I write. Hopefully I will be around to update it a little more frequently now!There have been some remarkable efforts in the last couple of weeks which are worthy of further mention:


In Week 5, the Church House Bollington won their game 201 – 82, becoming (as far as I’m aware) only the third team (after the Ox-fford 'C' and the Dolphin) to score over 200 points in a League game. All players scored incredibly well with Ashton Davies getting a “PB” 54. Well done indeed to all concerned for what looks like a “record breaking” event - and well done to Alice Walker for having a better memory than I have and reminding me of the records!


Also worthy of congratulation is this season’s best individual score so far, namely a 57 in Week 6 from Scott Dawson of the Waters Green Rams, just one question short of the magical “full house”.


The only question Scott didn’t get right was his second one of the night about the name of the hill on which White Nancy stands, which Scott can be entirely forgiven for, not living in Macclesfield! Well done to Scott for such a great effort.
Posted by MW at 12:24 2 comments: 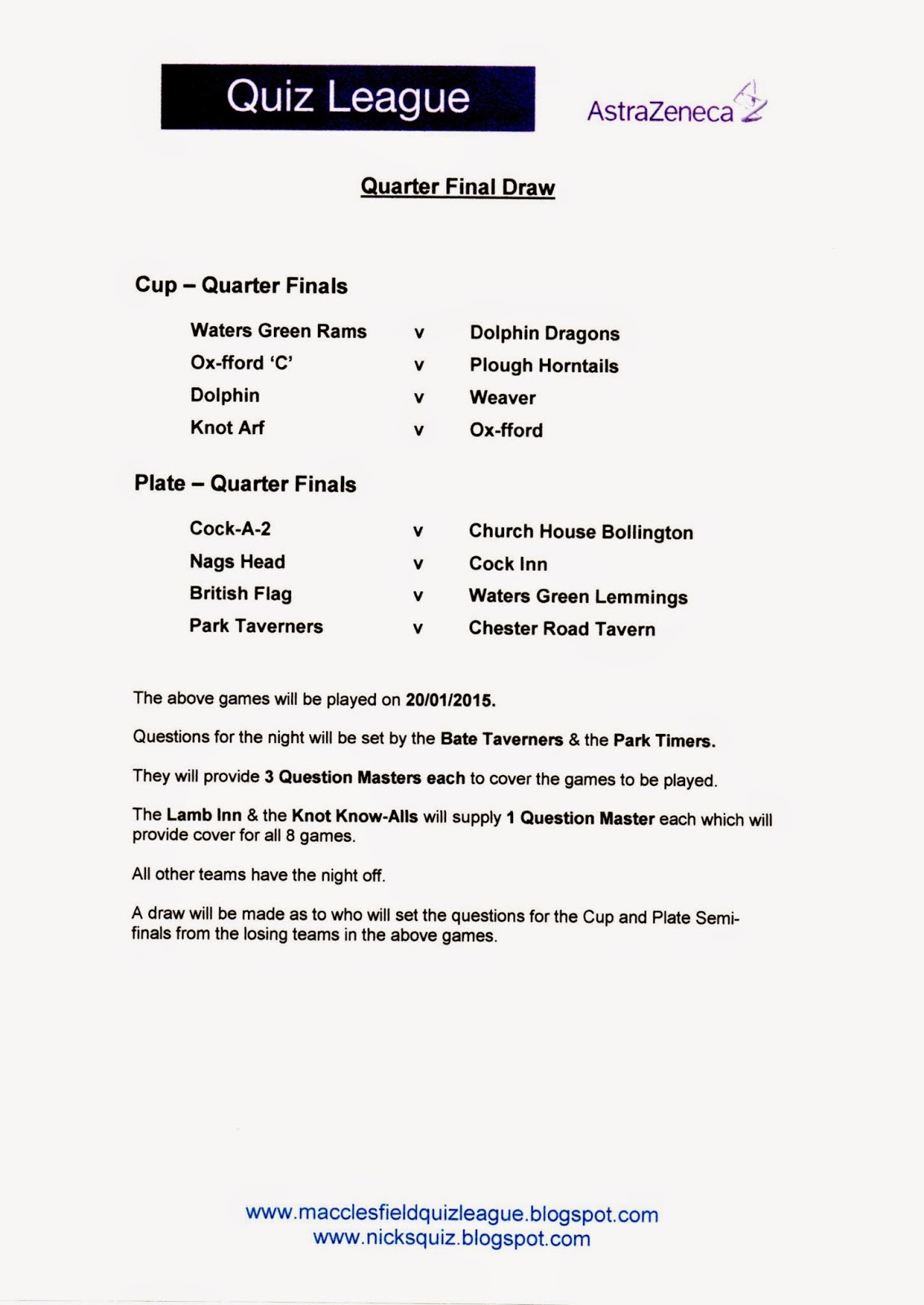 Cup Round 2 & Plate Round 1 Results 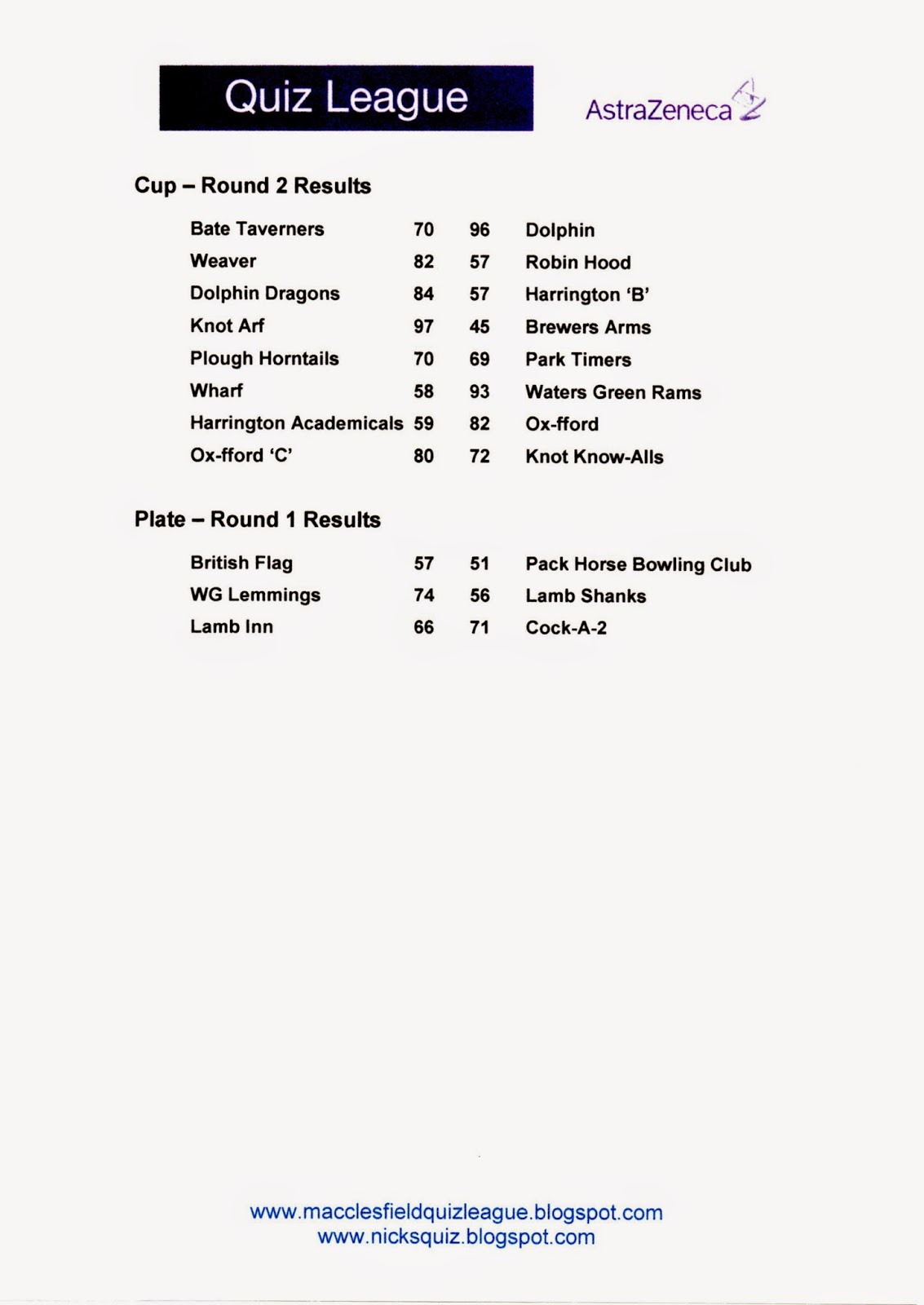 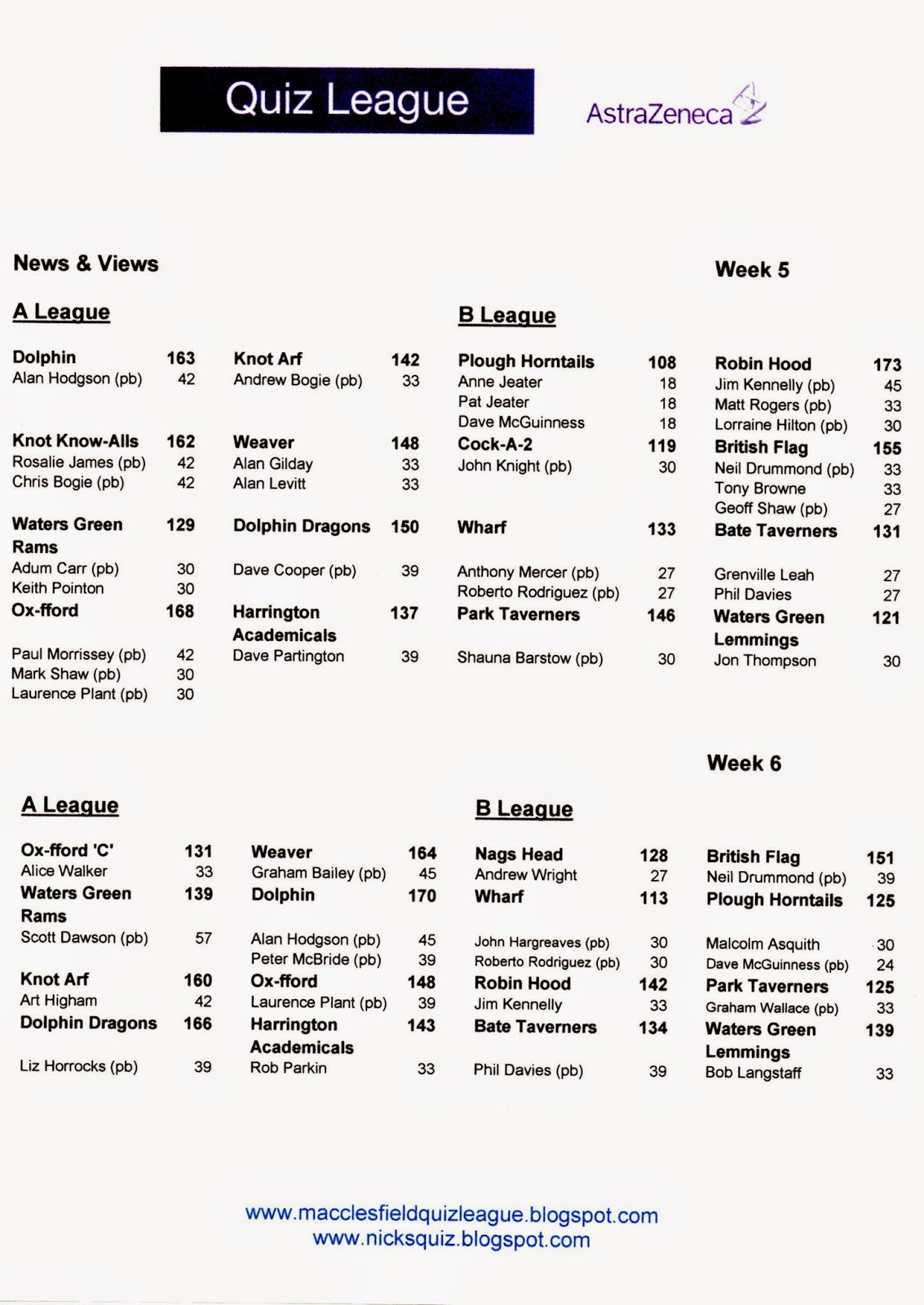 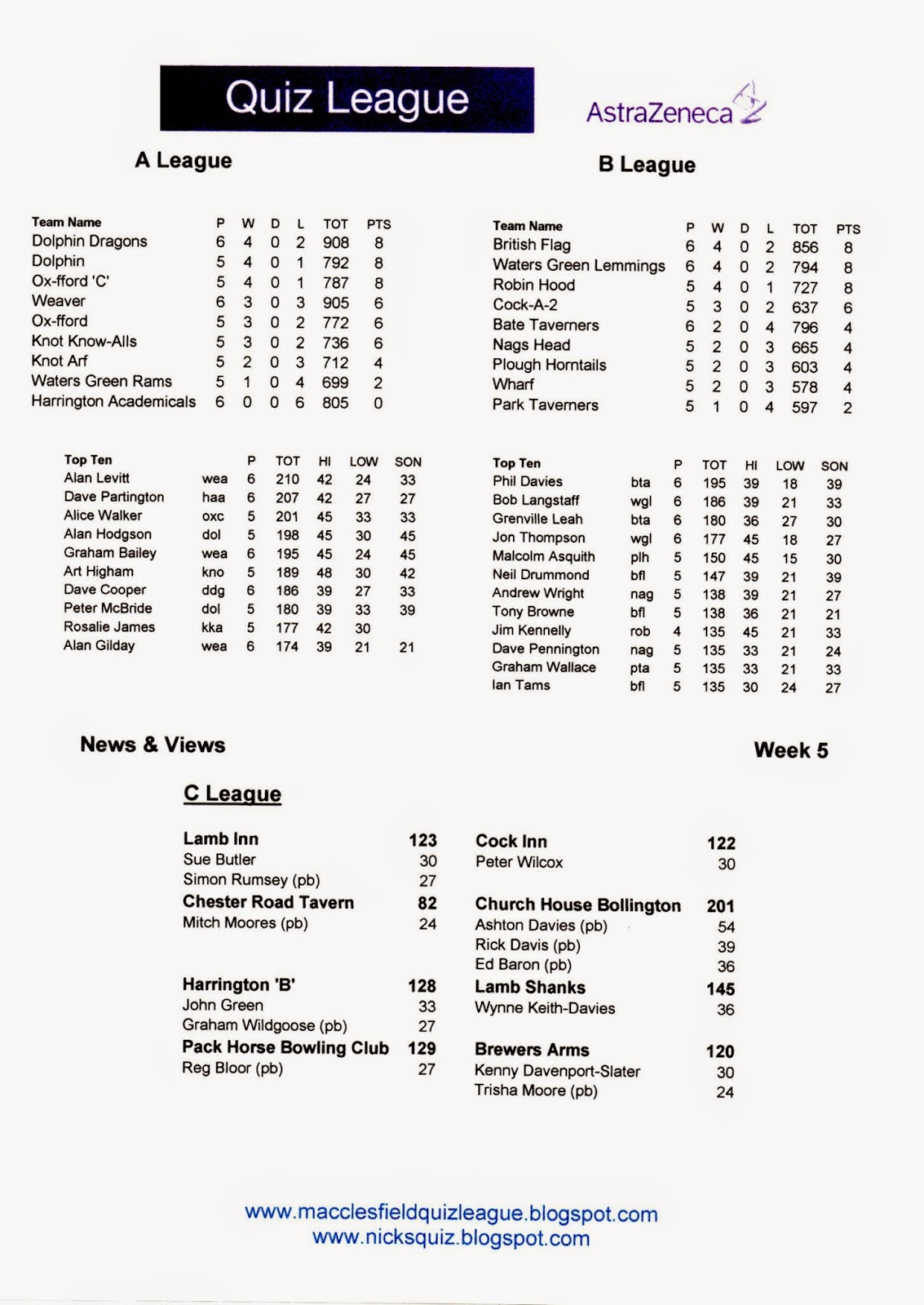 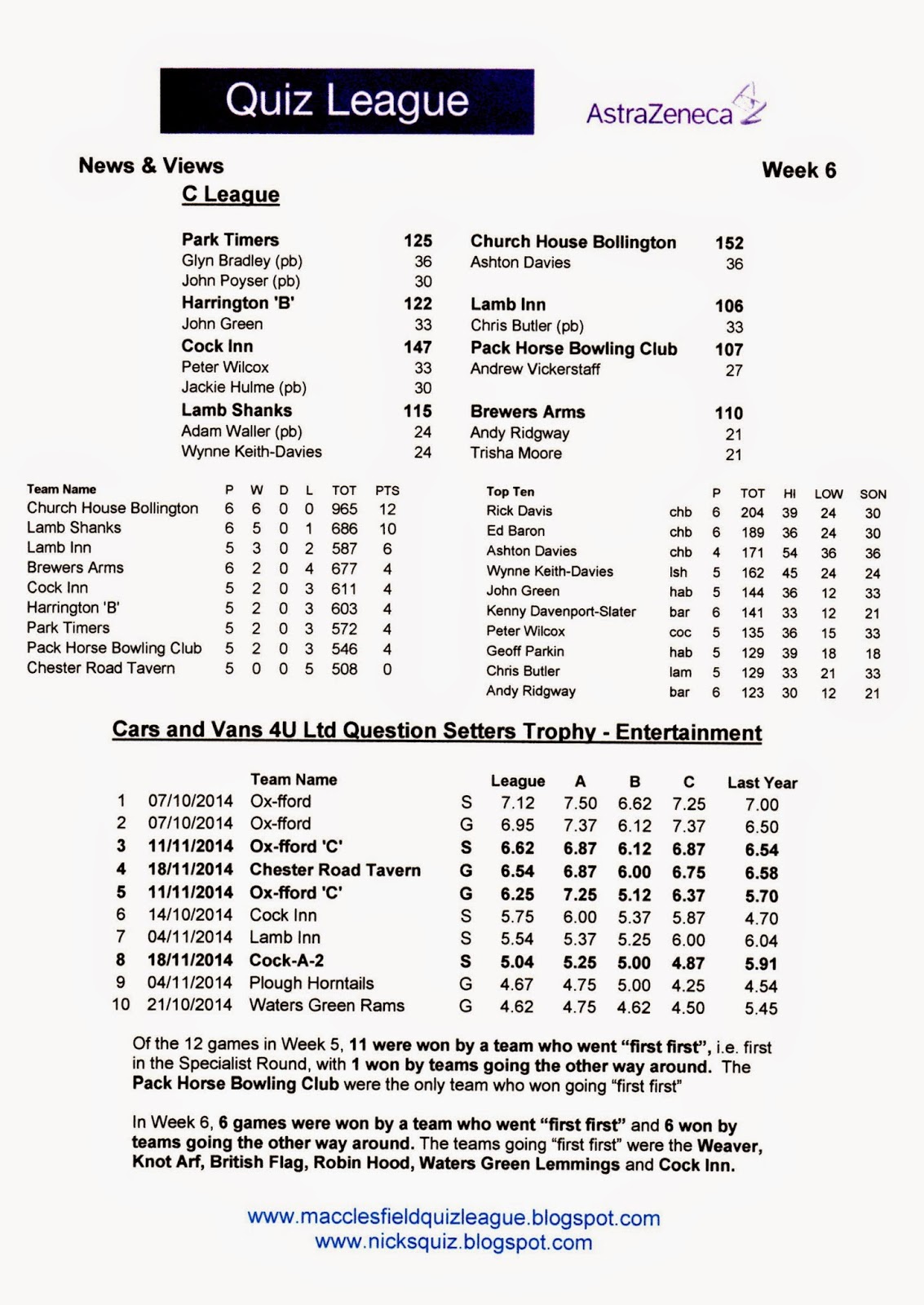