Apologies for quality of these - not sure my Blackberry is the best vehicle for capturing the excitement of the night!! 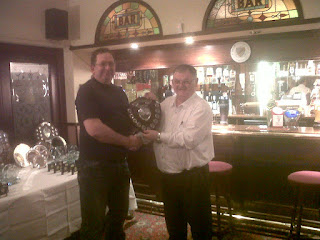 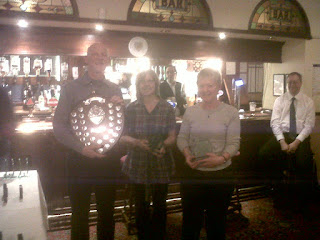 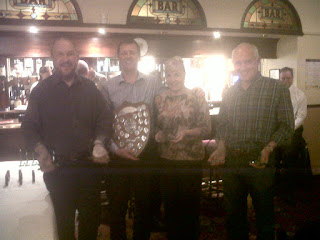 "B" League Winners - The British Flag 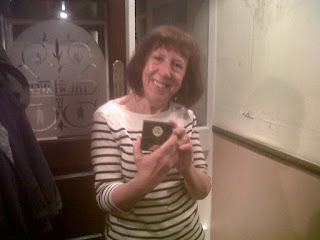 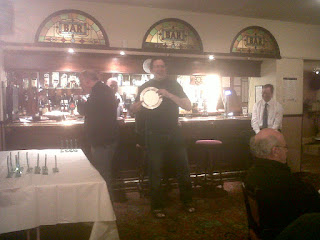 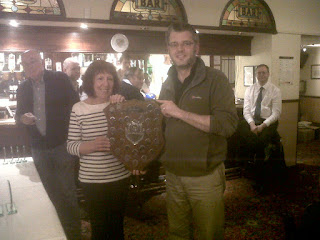 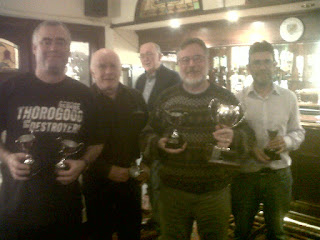 The victorious Dolphin team after winning the Cup Final
(l to r Alan, Derek, Peter and Stuart - with Graham Bailey loitering in the background)
Posted by MW at 12:12 No comments:

Many thanks to all who attended the Finals Night on Tuesday last week.

There was an excellent turn-out - not including myself, I'm sorry to say, who was committed elsewhere - but the evening went splendidly by all accounts.  Paul Morrissey will upload some photos in due course.

The result of a very well contested Cup Final saw the Dolphin beat the Dolphin Dragons by 106 – 81. Congratulations to all concerned.

Thanks must go to Rick Davis and Allan Sherratt for asking the questions and scoring respectively – much appreciated, your fine efforts always add to the night’s entertainment, and thanks also to Alice Walker of the Ox-fford ‘C’ for question preparation.
The final trophy of this year will be settled at the start of next season as usual. The Plate Final will be:-

This game will be played at the AGM before the start of next season, date and place to be confirmed, although the place will undoubtedly be the Weaver! The Waters Green Phoenix and the Plough Taverners will assemble questions for this game from those not used for the Cup Final.

An excellent season saw the Robin Hood get promoted in their very first season and Jim Kennelly win the C League Individual title.

In the B League, the British Flag and Church House Bollington triumphed again, with Keith Pointon adding the B League Individual title to his C League equivalent from last year.

The Ox-fford 'C' were deserving A League Champions, achieving that most unusual feat of never losing a League game all season - no mean effort!

The Ox-fford won the Cars and Vans 4U Ltd Question Setters Trophy for their multi-picture round Specialist set of questions from way back in Week 1!

If I don’t see you before we start again, have a great summer and see you in the autumn when we will do it all again... 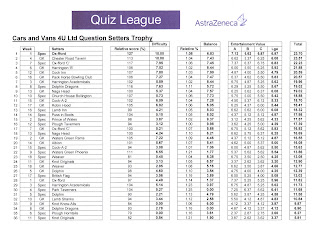 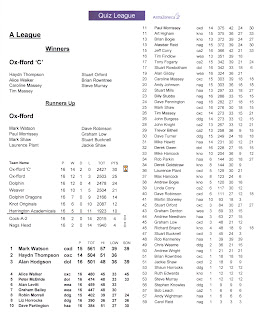 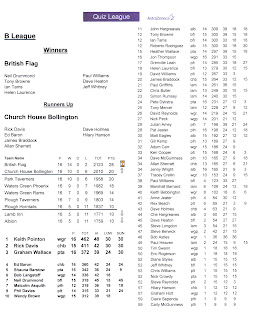 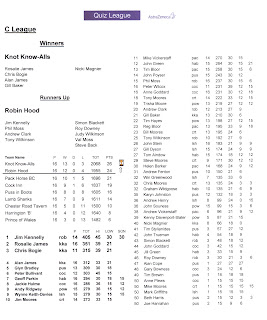 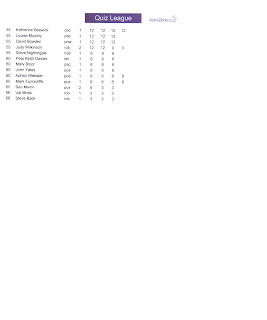 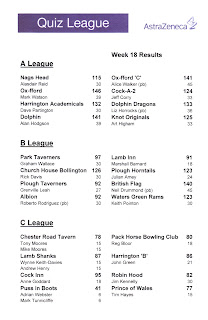