We are up and running and all the first week scores can be found below.

The News & Views have been published here exactly as distributed to all the teams playing and you can find the draw for Round 1 of the Cup on Page 3. 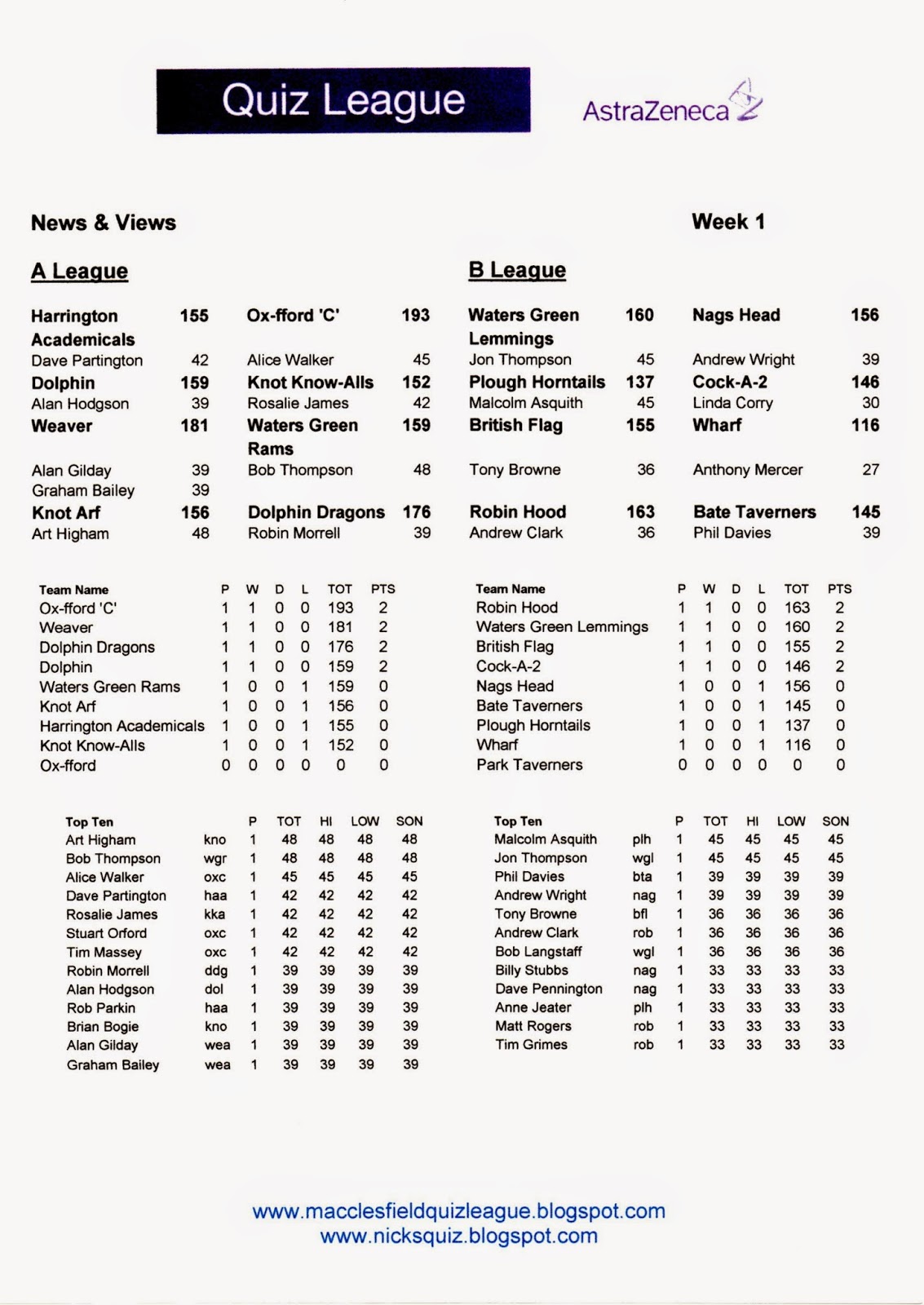 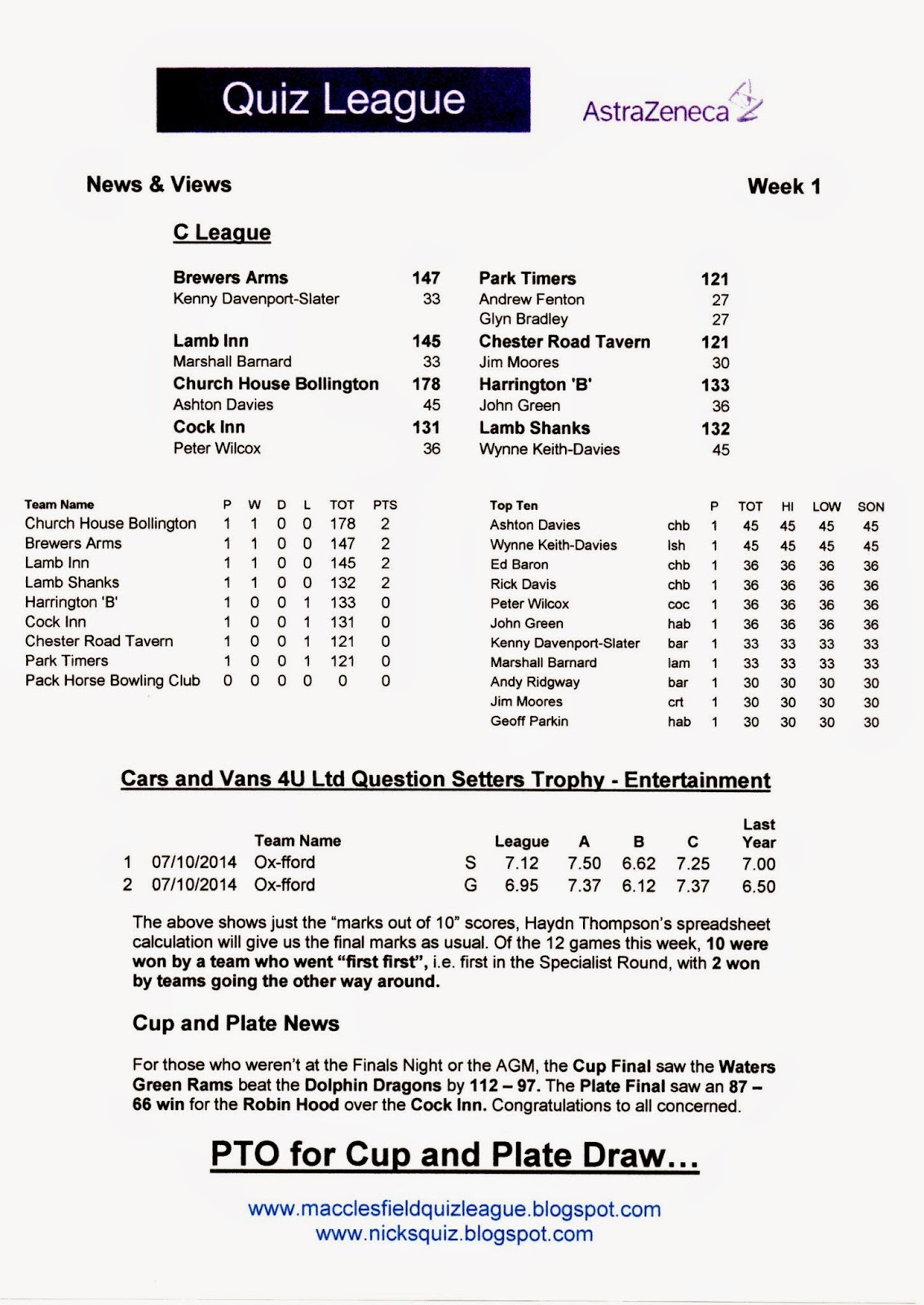 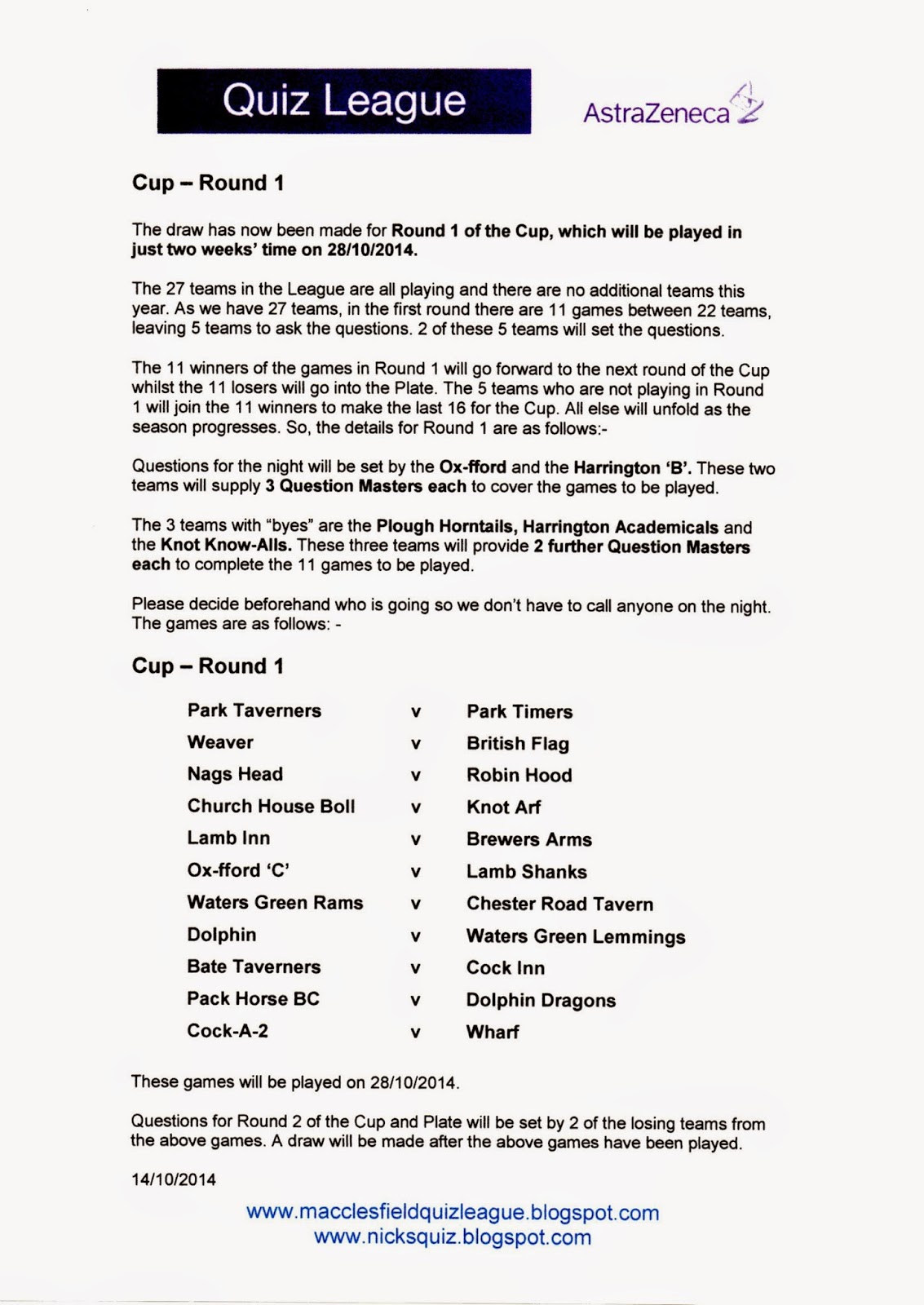 
Who would have thought it would come to this? Season 34 of the Macclesfield Quiz League is upon us!

At the AGM on Tuesday 16 September we had an excellent Plate Final which ended in an 87 – 66 win for the Robin Hood over the Cock Inn.

Congratulations to both teams for an exciting contest and particularly to the Robin Hood for securing their first ever piece of silverware. Thanks also to the Knot Know-Alls and Park Taverners for sorting out an interesting and testing set of questions.

The game was expertly question mastered as ever by Rick Davis and I would like to thank him along with Nick Peck who scored beautifully with the less than useful assistance of my reading glasses in lieu of his own!

The AGM was reasonably straightforward  You will remember that we put up the subscriptions last year for the first time in 5 years and thankfully no further increase is necessary. Subscriptions thus remain at £50 per team.

Last year, we made a change to the Specialist Question categories when we changed to six “fixed” Specialist rounds instead of the previous five – the Arts and Entertainment round was split into two last year to rounds called Art and Culture and Entertainment leaving two rounds to the discretion of the question setters rather than three.

I (and my team) voted to keep the new arrangement, but I don’t have particularly strong views on the subject. The whole idea of changing things last year was to offer some help in trying to eliminate some of the more oddball rounds we’ve had in the past, but that can still happen anyway – you can set a round of bizarre questions on pretty much any subject, I think, if you are so inclined!

One thing that did work well last year was that more vetting was done by the teams setting etc, so that is the best way forward – try and set them in plenty of time and take notice of what the vetters tell you if they have valid comments.

Failing all that, just as we do about football refereeing decisions, moaning about the questions is often half the fun of the night anyway, and we do have the Nine-Banded Armadillo Trophy to find a home for!

The new 2014/15 Rules have full guidance as to what the categories of questions should contain.

The  season started its first round of games on Tuesday 7 October - results to follow...
Posted by MW at 21:22 No comments: