Many thanks to all who attended the Finals Night on Tuesday. The Weaver did us proud before it undergoes whatever changes it is seemingly due to undergo!

There was an excellent turn-out and photos are posted below all things being equal.


The result of the Cup Final saw the Ox-fford beat the Harrington Academicals by 113 – 68. Congratulations to all concerned.


Thanks must go to Rick Davis and Paul Griffiths for asking the questions and scoring respectively. Thanks also to Keith Pointon of the Waters Green Rams and Peter McBride from the Dolphin for question preparation. An excellent effort by all concerned.

The final trophy of this year will be settled at the start of next season as usual. The Plate Final will be:-


This game will be played at the AGM before the start of next season, date and place to be confirmed. The Nags Head and the Lamb Inn will assemble questions for this game from those not used for the Cup Final.


An excellent season saw the Lamb Inn win the C League with the Wharf also promoted in finishing second.  John Hargreaves won the C League Individual title for the second time, adding to his win in 2008/09.


In the B League – the most tightly contested League of all this season – the Waters Green Phoenix emerged triumphant at the top of the tree with the Knot Know-Alls finishing second. Both will play in the A League next time around.


Keith Pointon bagged the B League Individual title for the second year running (having won the C League equivalent the year before that).


The Ox-fford 'C' were deserving A League Champions losing only two games all season and they remain the team to beat after a great season of strong all-round performances.


The Ox-fford won the Cars and Vans 4U Ltd Question Setters Trophy for their General Knowledge questions from way back in Week 5.


If I don’t see you before we start again, have a great summer and see you in the autumn when we will do it all again... 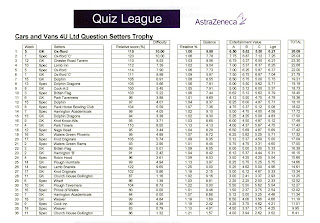 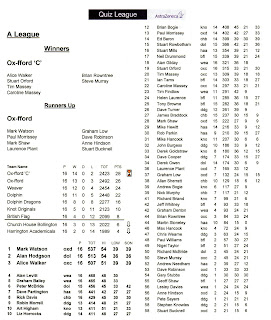 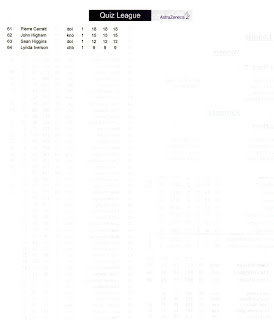 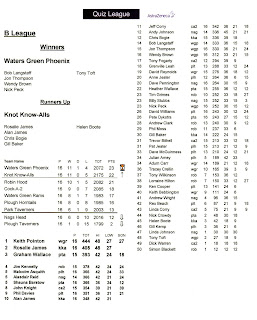 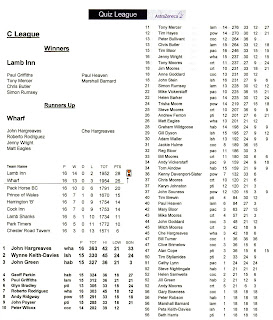 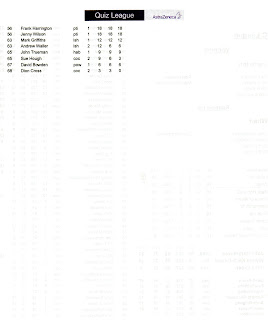 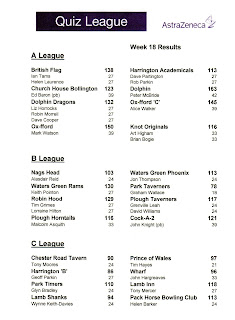